A neo-gothic mid- 19th century Library plan chest having an arrangement of eleven short and three long drawers to one side, the other side with three short drawers above gothic style linen fold panelling, centred with the carved monogram ‘HP’, further matching panelling to the sides. A stunning plan chest of good propartions and with a nice patina. 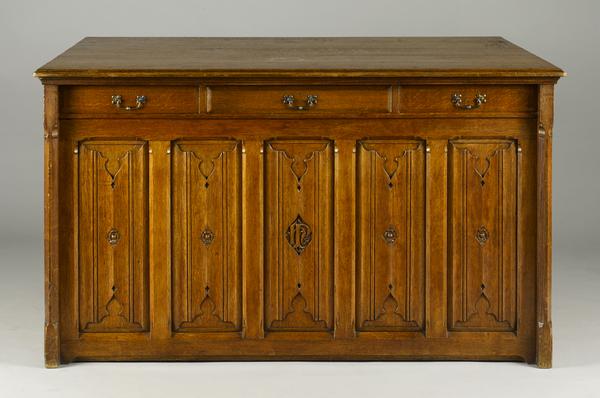