The movement is contained in an unusally large white marble obelisk which is surmounted by an armillary sphere finial. The front with a panel chased with nymphs supporting a globe with Cupid standing on top; below are two lions, their paws resting on spheres and their bodies covered in drapery. The sides of the obelisk mounted with pierced military trophies with Medusa shields and laurel branches entwined with ribbons. Bands of beading run down the angles of the obelisk. The rectangular base with a panel chased with cherubs amongst the clouds, playing with laurel branches, wreaths and torches. It stands of four circular feet. The white enamel Arabic dial with very fine pierced ormolu hands. The large three-week going movement strikes the half- and full hours. 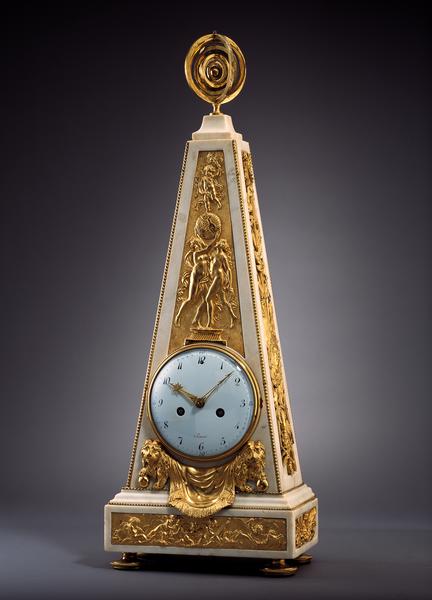