There is only a small series of comparable table clocks from the workshop of David Roentgen known. The present clock seems to be the first example of the cooperation between David Roentgen and the court clockmaker Delolme in Brunswick. The case is meticulously crafted and both case and movement are of superb quality.

David Roentgen, called the "most celebrated ébéniste in Europe" by his contemporaries, was a successful entrepreneur who transformed the business founded by his father, Abraham Roentgen, from a national to an international firm with clients in France, Germany, England, and Russia. 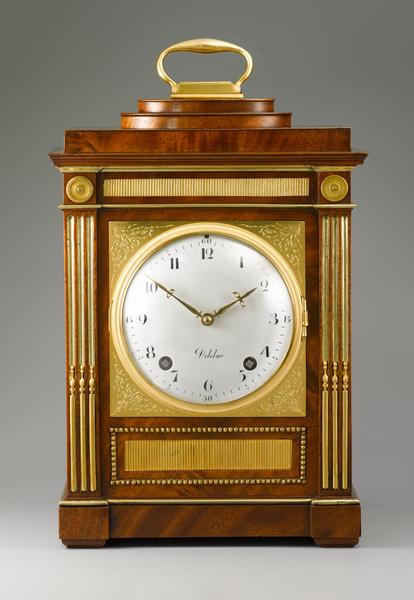